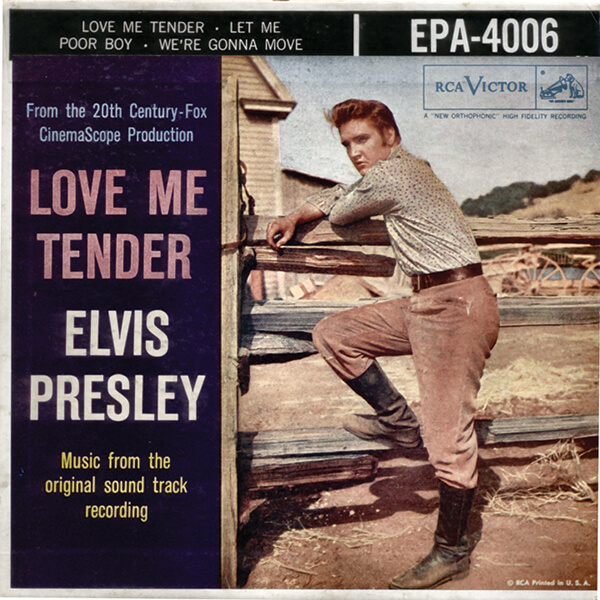 The full four-song soundtrack of Elvis’ first movie was released to tie in with its premiere. Not the best selection of songs, not the most suitable accompaniment, one might have thought the single’s phenomenal success could have sated the market. But the EP sold half a million copies and even charted respectably with the accordion-led “Poor Boy” (the Hollywood version of western music) serving as the lead radio track.