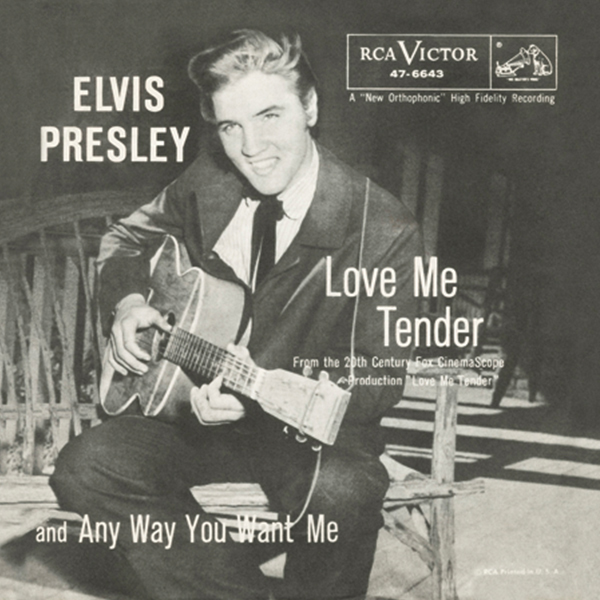 Elvis had signed a non-exclusive seven-year option agreement for one picture per year with independent producer Hal Wallis after an April screen test at which electricity was said to have “bounced off the walls of the sound stage.” In July, though, Wallis relinquished his right to produce Elvis’ first movie ostensibly because he had nothing suitable in preparation, but more likely because he was not averse to having someone else test the waters. That someone turned out to be 20th Century Fox, with whom Colonel Parker made a far more profitable deal for Elvis to co-star in a western called The Reno Brothers, with an option for two additional pictures. The Reno Brothers was set in the post-Civil War South, and in keeping with Elvis’ frequently stated ambitions, it was to be a straight dramatic role. When three period songs were added early on (for which the Colonel made sure Elvis got co-writing and publishing), it took little away from his excitement about simply acting, and he was thrilled at the ballad he was given to perform, a rewrite of “Aura Lee,” a sentimental standard written during the Civil War and now retitled “Love Me Tender.” His only disappointment was that the studio would not allow his own group, who had driven to California at their own expense for a tryout, to back him on the songs, claiming that they were “too hillbilly” for the ersatz-hillbilly score. On the day of the soundtrack session, Elvis took Hollywood columnist Army Archerd back to the music bungalow and sang “Love Me Tender” for him. “When he finished,” wrote Archerd, “it seemed only normal to express our amazement. ‘People think all I can do is belt,’ he said. ‘I used to sing nothing but ballads before I went professional.’” He loved ballads, he declared, and was going to start introducing them more into his live act. “Love Me Tender,” of course, became the new title of the film. It enjoyed an unheard-of advance order of more than a million, sold close to three million copies, and ensured the increasing diversity in Elvis’ repertoire that he and the Colonel both longed for, each for reasons of his own.