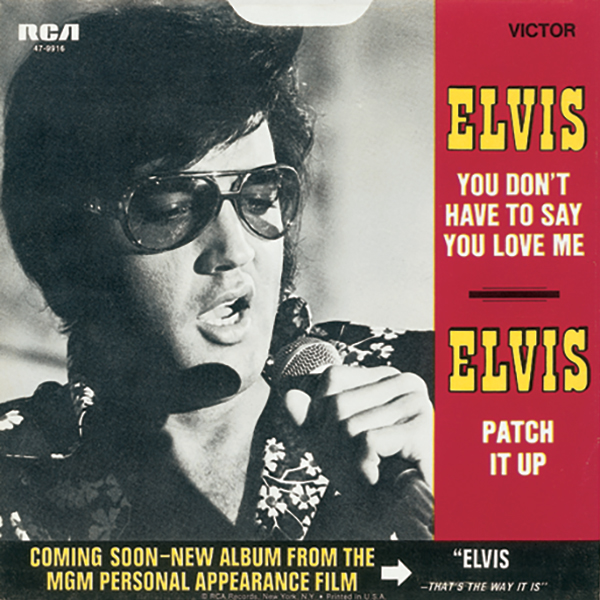 The second single from the marathon June sessions was a cover of the sophisticated 1966 Dusty Springfield hit, with a British provenance of its own. Its bold, if no less sophisticated arrangement, along with Elvis’ dramatic vocal, offered an emotional palette considerably broader than the original, but it still managed to retain much of the wistfulness of Springfield’s version and, with 800,000 sales, clearly appealed to Elvis’ new fans.