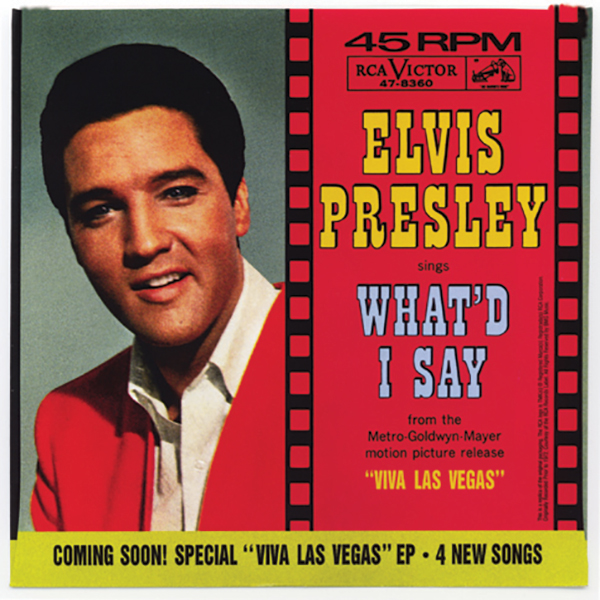 RCA gave “Suspicion” just two weeks before rush-releasing another single, this one from the long-postponed – and politically divisive (the division being purely between the Colonel and MGM) – Viva Las Vegas soundtrack. Production work on the film had been completed the previous summer after vociferous protests by the Colonel over unchecked spending (which would inevitably cut into profit participation) and the attention that was being lavished on Elvis’ co-star, Ann-Margret, in close-ups and musical participation as well as publicity. With the various disputes at least partially resolved, the first single from the movie was released, but not in a climate conducive to maximum success. It quickly found itself in competition not only with “Kiss Me Quick” but with the soundtrack album for Kissin’ Cousins, which had been the reason for its postponement in the first place. No one benefited from this logjam of Elvis product, nor was the song selection particularly apropos. Elvis’ rousing, gospel-drenched version of Ray Charles’ “What’d I Say,” added as an afterthought to the movie, was a little over the top for both Elvis and the present musical climate, while the title song, a brilliantly crafted (and somewhat tongue-in-cheek) effort from Pomus and Shuman that has since come to be embraced as a camp classic, was pretty much of a throwaway in the confusion of a very crowded marketplace.