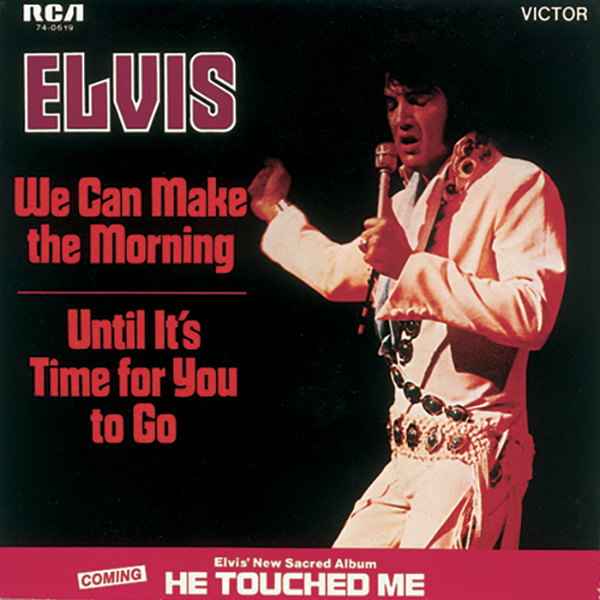 With two unsuccessful singles already released from the 1971 Nashville sessions, a cover of Neil Diamond’s cover of Buffy Sainte-Marie’s folk melody, “Until It’s Time For You To Go,” might not have seemed like the best choice for the new single, but it represented the direction in which Elvis wanted to go. The aborted March session, at which only four songs were recorded (including one by Ewan McColl and two by Gordon Lightfoot), had in fact been intended to produce a kind of “folk-rock” album. “Until It’s Time For You To Go” was certainly suited to Elvis’ current penchant for melancholic ballads, and he threw himself into its performance, but it sold only marginally better than other recent singles.