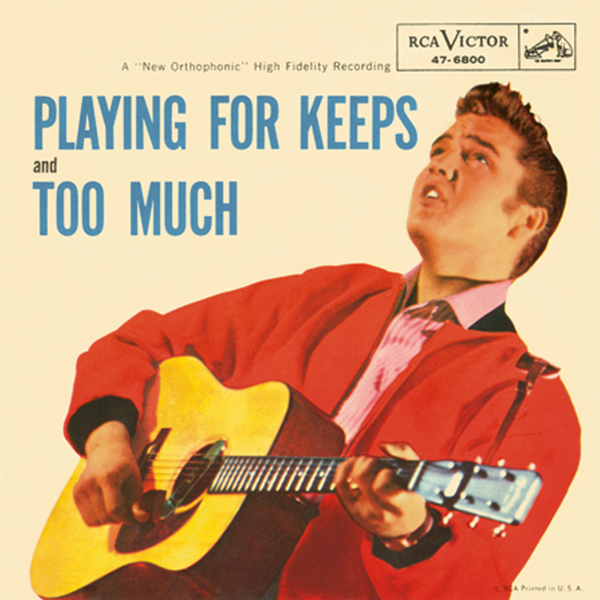 These were the only two sides held back for single release from the September 1956 album sessions. Otis Blackwell’s “Paralyzed” might have been an equally good choice had Elvis been able to get the good-rocking feel he was looking for (listen to the Million Dollar Quartet session for an alternate approach), but there was some thought that it bore too close a resemblance to Blackwell’s “Don’t Be Cruel” anyway. So “Too Much,” previously recorded by r&b singer Bernard Hardison for an obscure Nashville label, got the nod, with Stan Kesler’s new ballad “Playing For Keeps” (Kesler was the author of “I Forgot To Remember To Forget”) a natural for the B-side. The pairing didn’t have the explosive impact of “Hound Dog”/“Don’t Be Cruel,” or the emotional pull of “Love Me Tender,” but it proved a wise commercial decision nonetheless, with sales of close to two million copies.