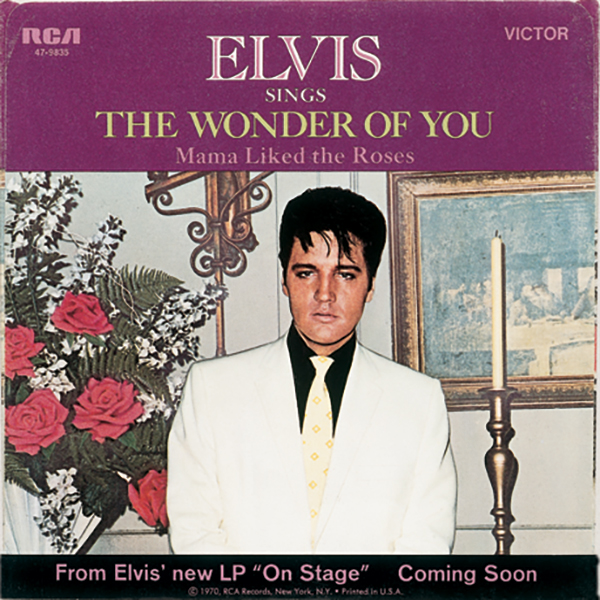 With the success of his 1969 live album – perhaps simply by its very existence – a new recording shortcut had emerged: why not just cut Elvis in performance in Las Vegas? For his return to the International Hotel in February, Elvis revamped and updated his repertoire, as much for aesthetic as commercial reasons. Included in the new repertoire was a theatrical version of Ray Peterson’s 1959 hit, “The Wonder Of You,” which Elvis had hoped to record at the American sessions. With the B-side a deeply personal reading of a song that he had cut in Memphis and that had gone unreleased until now, sales climbed back to a million plus, and Elvis returned to the Top 10.