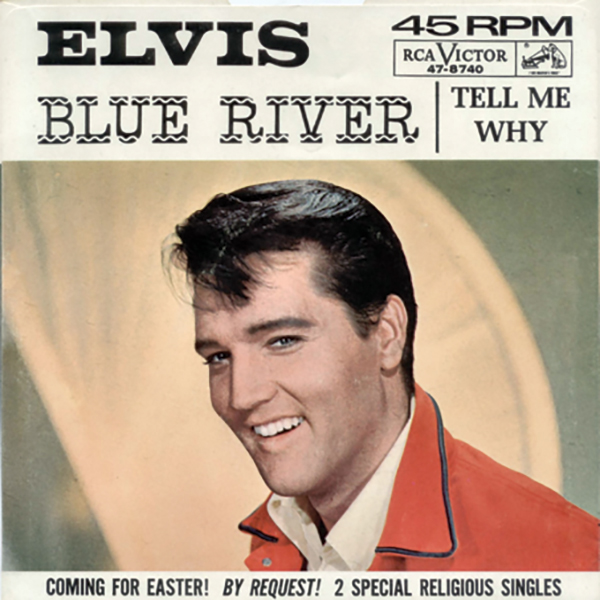 With the same ongoing problem (no new recordings), RCA had no alternative but to employ the same solution. “Tell Me Why” had originally been recorded in 1957, in an impassioned performance that was shelved because it was judged to be too close melodically to the spiritual, “Just A Closer Walk With Thee.” “Blue River” was one of the last unreleased songs from the abandoned 1963 album. It had always been considered too short for single release, but that problem was now resolved by extending the performance with a repetition of its concluding verse and chorus. The record sold half a million copies, but by now radio support, never free of the need for up-to-the-minute currency, was declining on an almost record-by-record basis.