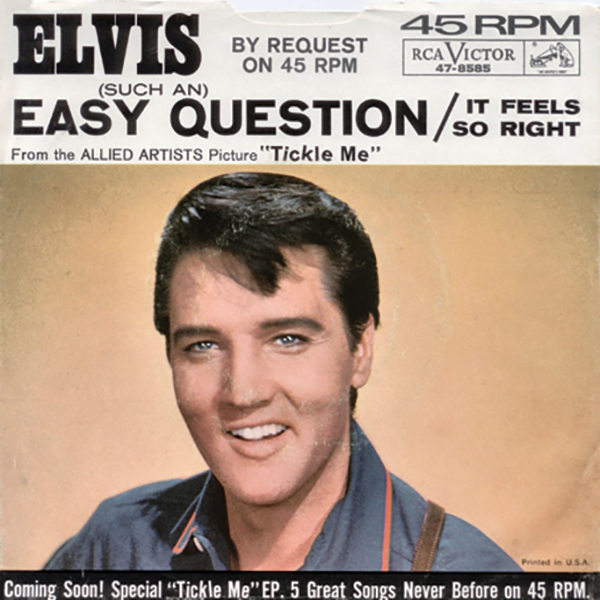 At his wits’ end as to how to deal with Elvis’ recalcitrance, the Colonel came up with the idea of simply skipping a new soundtrack for the next picture. Instead, he suggested to a desperate record company and benighted movie studio, why not substitute a dozen tracks already recorded by Elvis? Allied Artists wasn’t going to argue, with half of the $1.5 million dollar budget for its movie, Tickle Me, already assigned to its star. Neither was RCA or Elvis. The first single promoting the film paired a 1962 track from Pot Luck with a stand-out performance from 1960’s Elvis Is Back. It sold 500,000 copies.