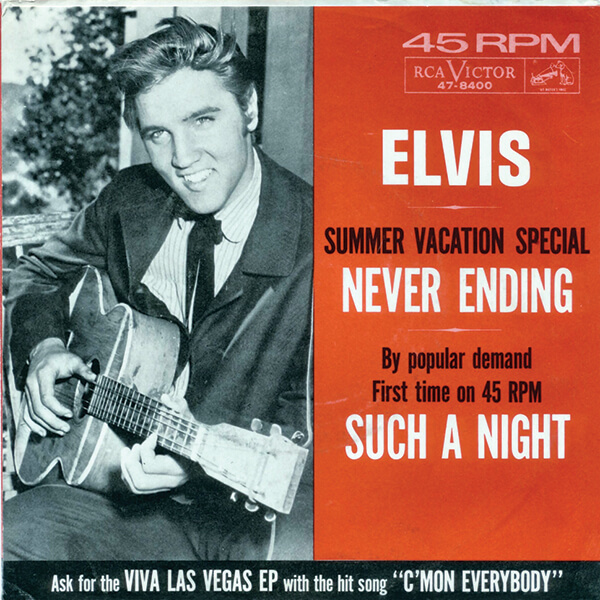 Another step in what appeared to be a downward-careening commercial path. Since they had found it almost impossible to lure Elvis into the recording studio for anything but the obligatory soundtrack session, RCA once again tried their luck with catalog cuts. The A-side was taken from 1960’s Elvis Is Back; the B-side was one of the last tracks remaining from the May 1963 album session. “Such A Night” was, certainly, an enduring performance, and the single sold a surprising 400,000 copies. But it didn’t exactly point a way to the future.