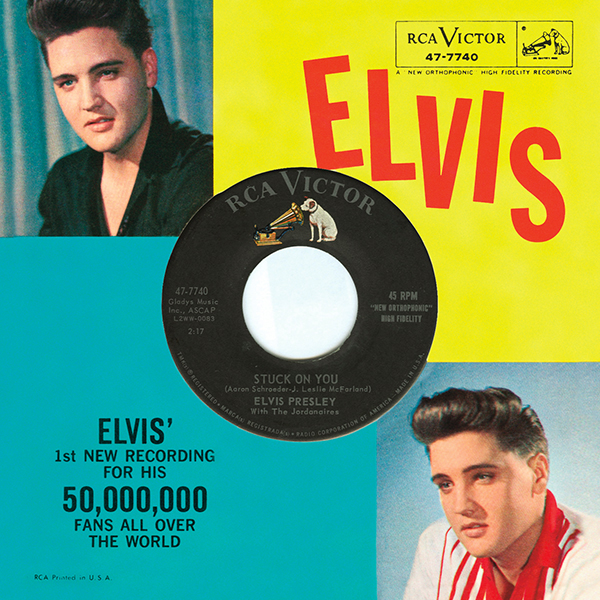 RCA had 1.4 million sleeves printed for Elvis’ yet-to-be-determined single before he even entered the recording studio. There was a hole in the center of the picture sleeve to display the title (which, of course, would be printed on the label) while the text declared, “ELVIS’ 1ST NEW RECORDING FOR HIS 50,000,000 FANS ALL OVER THE WORLD.” The records were pressed and shipped two days after the session. The A-side offered no surprises – another highly successful mid-tempo rocker of the kind that Elvis had been doing ever since “Don’t Be Cruel.” “Fame And Fortune” was another story. A conventional enough doo-wop-styled ballad from the pen of Ben Weisman, one of the songwriting regulars since Loving You, it gave Elvis an opportunity to show off the ambitious new vocal direction he had been preparing for during his year-and-a-half overseas. He may not have gotten the song exactly the way he wanted it (the released version spliced together the fourteenth and fifteenth takes), but in almost every other way the record fulfilled the expectations of artist, record company, and fans.