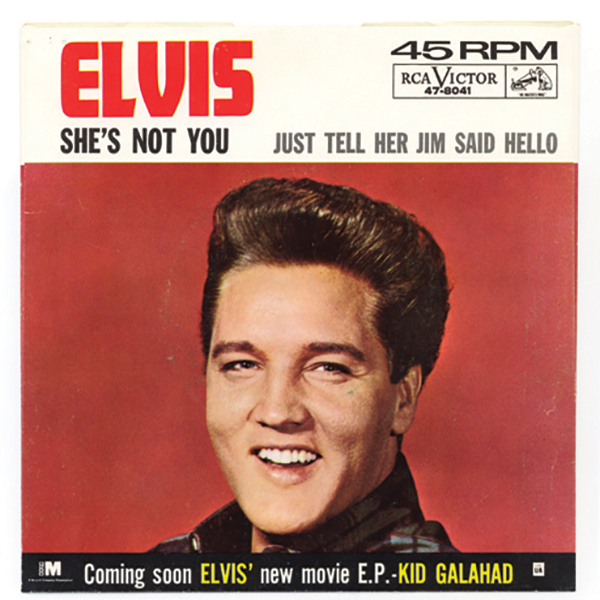 Freddy Bienstock was proved wrong. “Just Tell Her Jim Said Hello,” for all of its good qualities, was not the hit he was certain it would be. Instead, “She’s Not You,” the new Leiber-Stoller-Pomus composition, performed surprisingly well as an uncharacteristically pensive A-side, selling 800,000 copies and underscoring Elvis’ sense of himself in his new interpretive role.