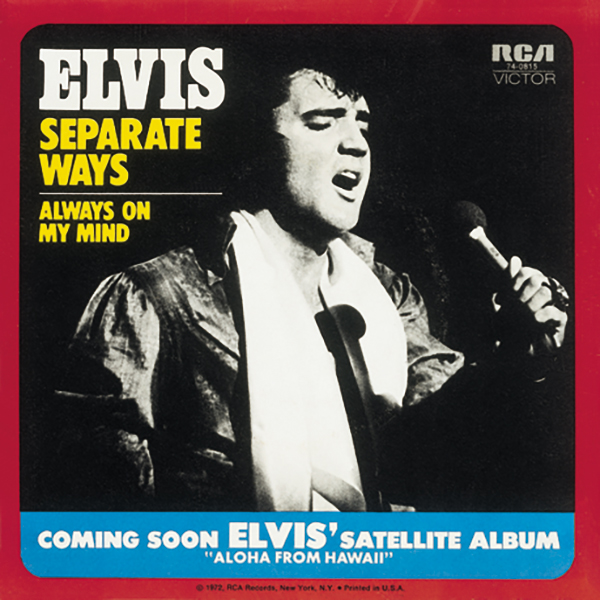 This was the single that Elvis would unquestionably have chosen over “Burning Love,” coupling two of the most affecting and deeply personal ballads from the March session. Both touched an emotional chord not just in Elvis but in his audience as well, even if sales were not anywhere near the level of the previous single. In later years “Always On My Mind” would be recognized as a classic song not just in Elvis’ but in Willie Nelson’s subsequent version.