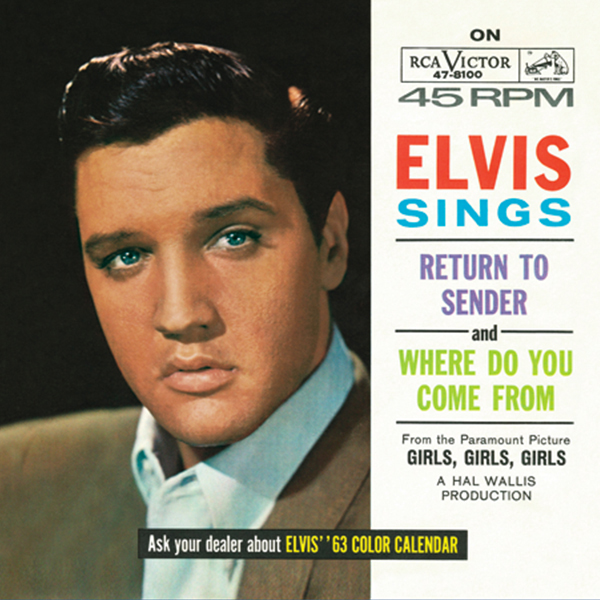 Encouraged by the success of “Can’t Help Falling In Love,” which seemed, if anything, to have increased sales of the Blue Hawaii album, the Colonel approved the release of a single off the upcoming Girls! Girls! Girls! soundtrack. “Return To Sender” had only been added at the last minute when Otis Blackwell, who up till then had just one song in the picture, mentioned to Colonel Parker that he and Winfield Scott had recently completed a new song. Even though it was not written for the movie, the Colonel had him play it and then, in a wholly unexpected gesture, told Blackwell, “That will go into the movie. It’s a great song.” It was. Elvis performed it in the film with Jackie Wilson moves, and its sales proved a perfect launching pad for the picture, a return to the Hal Wallis Blue Hawaii formula.