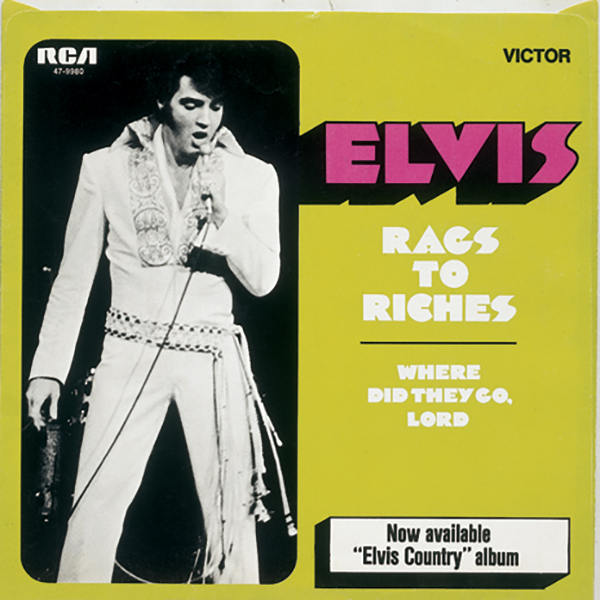 The two tracks left over from the September session made up the new single. One (“Where Did They Go, Lord,” a full-throttle version of a new Doodle Owens-Dallas Frazier country ballad) might have fit right into Elvis Country but was not quite right for the pop charts. The other, “Rags To Riches,” a semi-operatic turn for Tony Bennett in 1953, when an eighteen-year-old Elvis Presley was soaking up influences from all over, had the potential to be another “It’s Now Or Never.” But Elvis grew impatient, the session was rushed, and the spliced master did not have the full power that Elvis had been aiming for, either in its vocal or in its arrangement. Sales of 400,000 were disappointing.