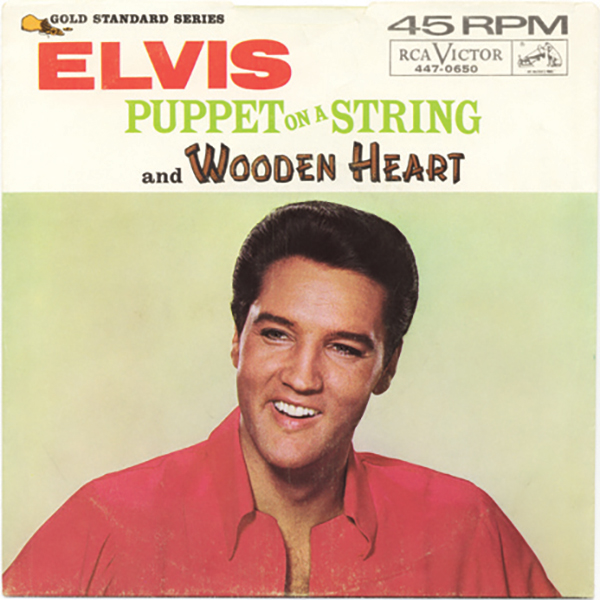 In keeping with the tone of corporate bewilderment, not to mention sheer desperation (what had become of their star recording artist of ten years standing?), RCA released a second A-side from the Girl Happy soundtrack of seven months earlier. On a particularly odd note, “Wooden Heart,” taken from the G.I. Blues soundtrack, was the B-side, representing the second time in less than a year that this 1960 track had been released on a single. The reason? The Colonel had struck a bargain in which RCA agreed to guarantee payment for a million domestic sales in exchange for permission to release “Wooden Heart” as a single in Europe. Evidently they were still trying to recoup their investment. The new single sold half a million copies.