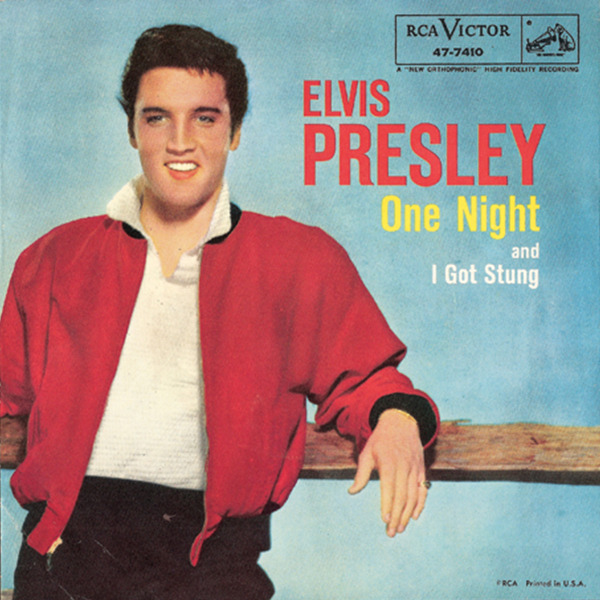 “One Night,” originally recorded in January and February 1957, had been scheduled, rescheduled, and eventually withheld from release because of Elvis’ dissatisfaction with his recording of the song. This may have had as much to do with the bowdlerization of the lyrics as it did with his performance. What was originally intended to be “One Night Of Sin,” as Smiley Lewis had sung in the original and Elvis initially followed suit, became instead a considerably more refined “One Night With You.” By now, though, there was little choice about what to release if there were to be any singles at all over the next eighteen months. In a bold move to improve Elvis’ bargaining position – and with a gambler’s disdain for the potential of a very real down side: in this case, that without a plentiful flow of new product Elvis might simply be forgotten – the Colonel steadfastly refused to allow RCA to build up a backlog of material by scheduling sessions during Elvis’ army service. The lone exception was a one-day session in Nashville during a brief furlough in June. As a result, the record company had only a handful of previously recorded sides like “One Night,” along with the five songs completed at the Nashville session. “I Got Stung,” a kind of double-speed variation on the “Don’t Be Cruel” theme, with virtuosic accompaniment from an all-star Nashville ensemble, made for a strong B-side, and the single sold 1.5 million copies, the strongest sales showing since “Jailhouse Rock.”