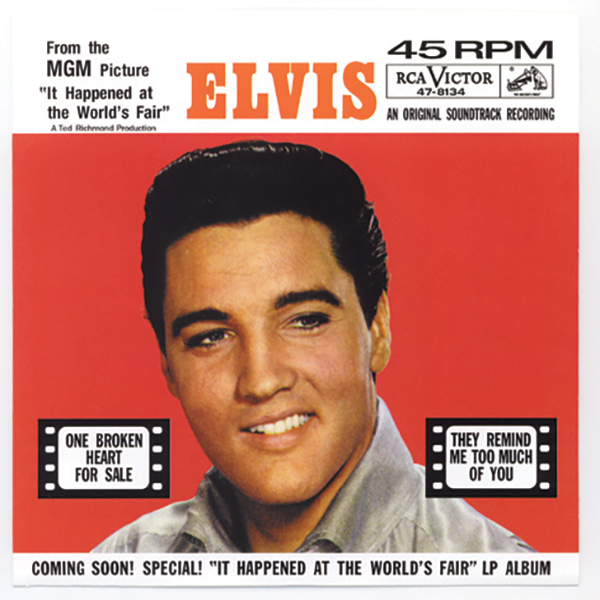 Once again Elvis’ new single was taken from an upcoming movie soundtrack (in this case It Happened At The World’s Fair), and once again the A-side was a typically well-crafted number from Otis Blackwell and Winfield Scott. It was matched this time by yet another deeply felt ballad from the pen of Don Robertson. Unfortunately, whether due to mechanical error or misguided commercial considerations, the Blackwell cut was released at a full minute less than its actual length of 2:25. In addition, both sides were issued with none of the post-production studio touches that are generally applied to give a record radio presence; instead (and, again, this was perhaps due simply to mechanical error) it retained the “flat” sound that made it most susceptible to cinematic adaptation. The not unpredictable result was that this was the first regularly scheduled Elvis single not to reach the Top 10.