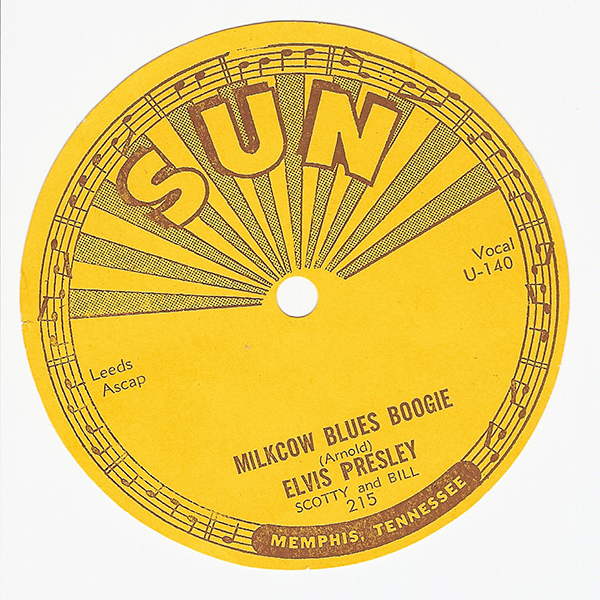 Based on an old blues by Kokomo Arnold, “Milkcow Blues Boogie” had already received an infusion of rhythm in previous versions by western swing king Bob Wills and his brother Johnnie Lee. In part at Sam Phillips’ suggestion, Elvis gave it his own unique interpretation, starting out with a slow, sinuous introduction, then announcing, “Hold it, fellas, that don’t move me, let’s get real, real gone for a change,” as the group launched into overdrive. In later years (actually in the same year) this became almost a declaration of youthful independence, but with a country-flavored B-side supplied by Covington, Tennessee, theater manager Jack Sallee (Elvis’ first original number, and the first to enter into Sam Phillips’ fledgling publishing company), the record was the poorest-selling of Elvis’ five releases on Sun.