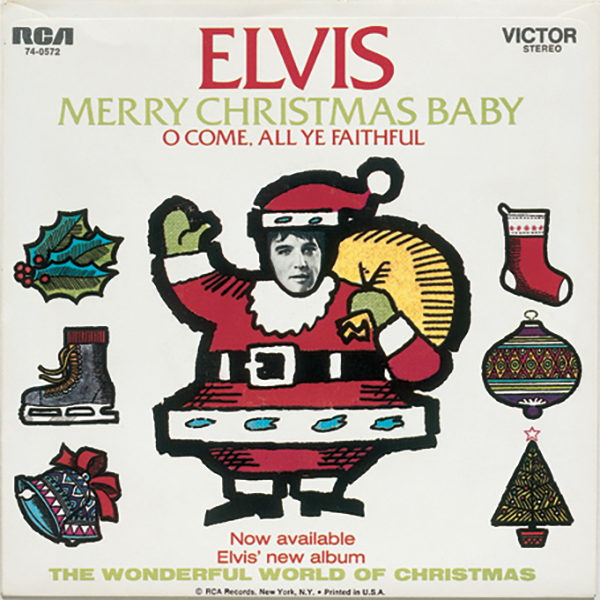 “Merry Christmas Baby” was as unlikely as it was welcome in the antiseptically “wonderful world of Christmas,” a five-minute-plus blues jam on the 1948 Charles Brown classic in which Elvis gnashed, wailed, and generally carried on in a way that seemed utterly out of place (except it was Elvis) amid all the conventional Christmas pieties. The single was edited down to a manageable three minutes and fifteen seconds and was put out mainly to service radio and jukeboxes. It failed to chart or sell much, but it made a musical impact at the time – and continues to. It also aptly concluded a year in which the theme of at least two Elvises was sustained, with five singles and three albums representing contemporary Elvis product and three budget albums and one four-LP box set amply standing in for the past.