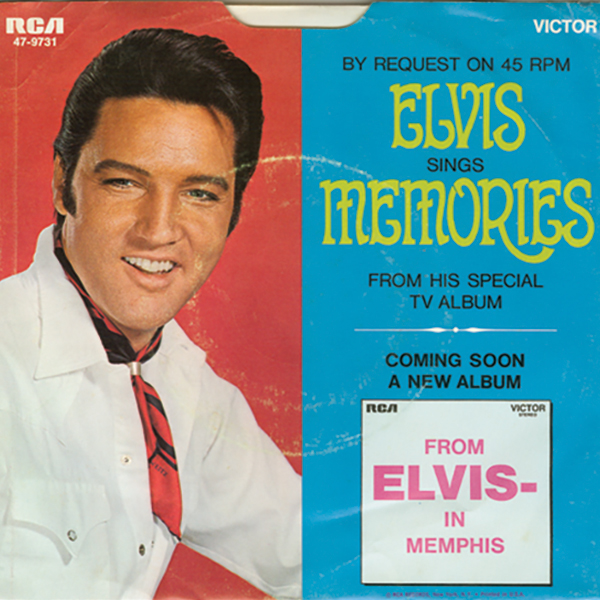 True to the usual eccentricities of promotional coordination between Colonel Parker and RCA, a second track was pulled from the television soundtrack, along with the title song of the upcoming movie. “Memories” was an effectively sentimental number by Mac Davis and Billy Strange, one that would be identified with Elvis for the rest of his career, but it did not prove to be a successful commercial entry in the new marketplace, and the question still hovered: Where would Elvis go next?