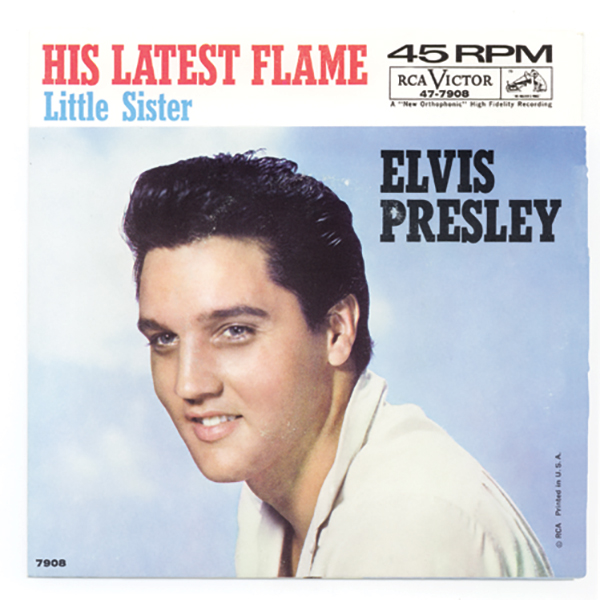 One of the great singles couplings of Elvis’ career, though in hindsight the pairing of these two Pomus-Shuman titles on one record may have deprived him of two certain Number One hits. Both tracks came out of another all-night Nashville session, which focused primarily on producing a single but came up with three other outstanding cuts as well. “Little Sister” was one of Elvis’ toughest, nastiest blues adaptations, practically snarling with easy-going defiance. This was a song made-to-order for Elvis, but “His Latest Flame,” a light-hearted “story song” with a Latin-influenced Bo Diddley beat, engaged him just as thoroughly. “It’s a good song, I like it,” he declared, “even if it takes us thirty-two hours.” It didn’t – but, as with “Little Sister,” it evolved to a point that even its composers could see the improvements that Elvis had made.