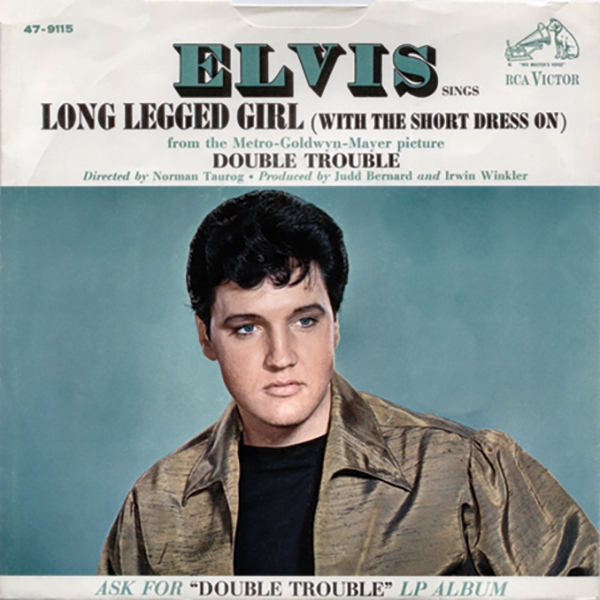 “Long Legged Girl,” the number chosen to announce the new movie, Double Trouble, at least sold better, but its length of one minute and twenty-six seconds was a pretty good indicator of Elvis’ dedication to a soundtrack he agreed to record in part on a studio soundstage, something he had assiduously avoided since Loving You. The B-side, “That’s Someone You Never Forget” had originally appeared on 1962’s Pot Luck. It was one of the few songs to which Elvis was proud to have put his name, and it might once have been a real attention-getter in and of itself (he had co-written it with Red West, with his mother in mind). But few DJs were likely to turn the record over now, and even though the single sold 275,000, it still fell 125,000 short of even the lowered expectations of the last couple of years.