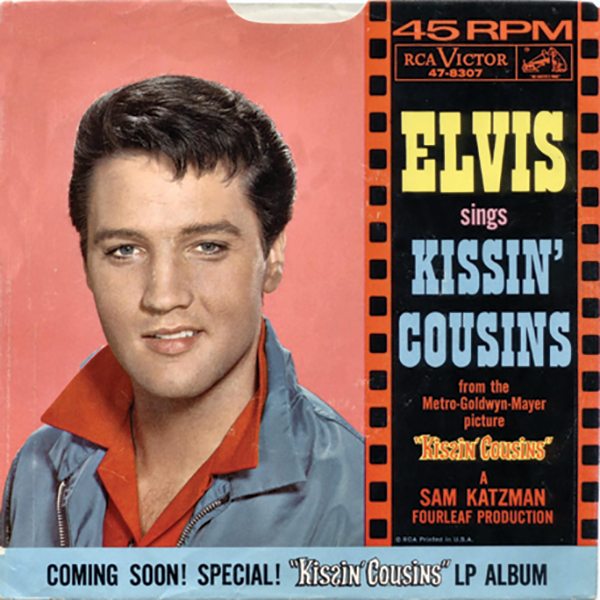 Kissin’ Cousins was shot in less than a month by a producer, Sam Katzman, known as the “King of the Quickies.” For the first time the songs were picked not by Elvis but by the movie’s director and musical director, and for reasons of economy the instrumental tracks were cut in Nashville, Elvis’ vocals overdubbed in L.A., with no objections registered by the star. Understandably, the film did not rank in any respect among Elvis’ most distinguished performances, but in keeping with its provenance the movie was rushed out in a block-booking release that put it out in front of Viva Las Vegas, the far more expensive (and prestigious) MGM film that had already been shot. In the wake of the Beatles, a movie like this one only underscored Elvis’ increasing irrelevance in the contemporary music world. But the title track sold 700,000 copies, and, if anyone was listening, the B-side, cut at the same January session at which he had re-recorded “Memphis,” was one of Elvis’ most deeply affecting recent numbers.