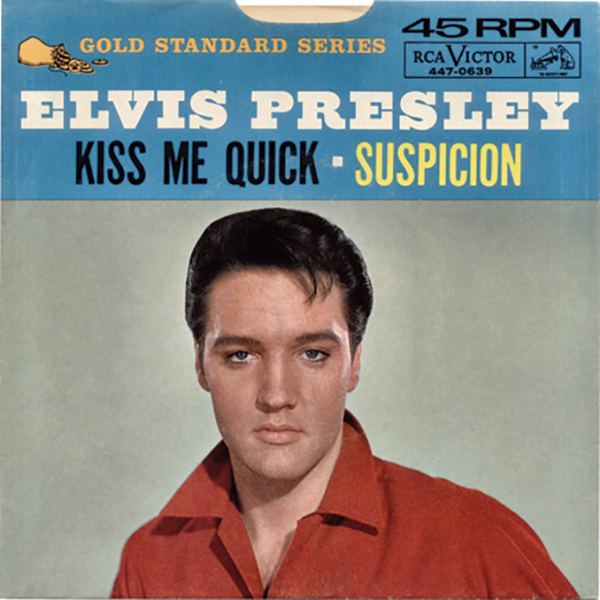 “Suspicion,” pulled from 1962’s Pot Luck, was a panicky response to Terry Stafford’s cover, currently zooming up the charts in a version that was virtually indistinguishable from Elvis’. The real Elvis single was too late to grab any airplay, and “Kiss Me Quick,” another track off the same three-year-old album, did little better. Sales of 200,000 represented a new low in regular-release singles.