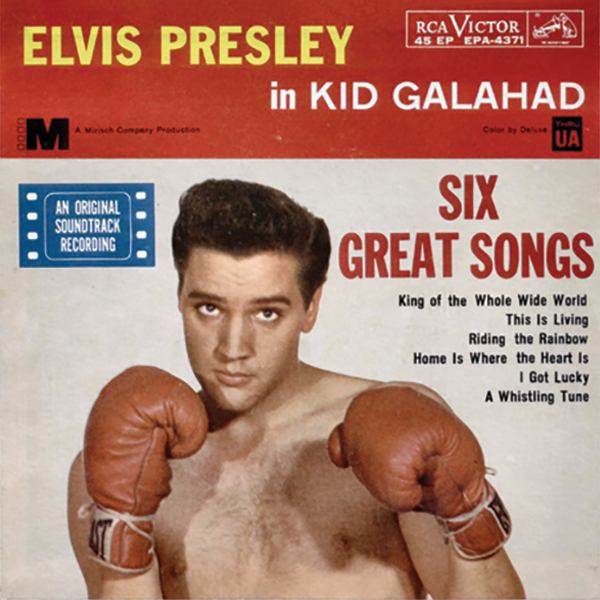 Kid Galahad, a remake of a not-very-distinguished 1930s boxing picture, had Elvis once again playing a kind of idiot savant. It was another Mirisch Brothers production with little room for a lot of songs, the result being another soundtrack EP. “King Of The Whole Wide World” might have gotten more chart activity, but it was competing with “She’s Not You,” which had just broken into the Top 100 when the EP was shipped. Still, it sold 400,000 copies.