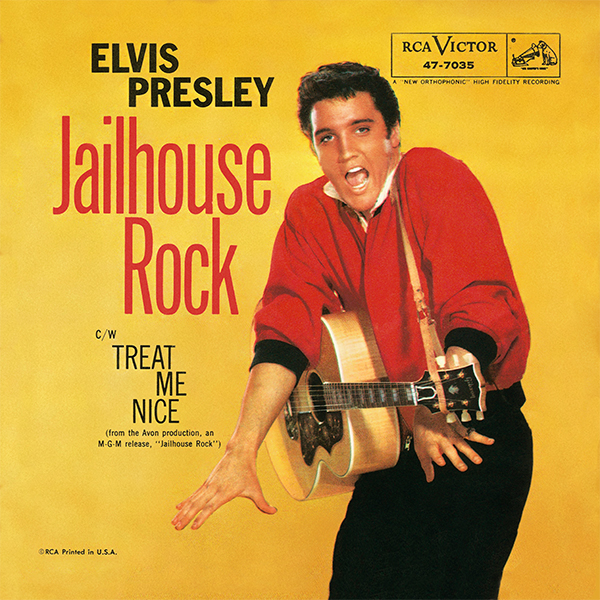 Elvis was convinced that “Treat Me Nice” was the smash when he first recorded it at the soundtrack sessions for the new movie at Radio Recorders in April and May. He believed so much in the song, in fact, that he went back into the studio in early September to try for an even stronger cut, at a session dedicated almost entirely to the making of a Christmas album. The public turned the record over. The title track from the new picture, a brilliant little “playlet” by songwriters Jerry Leiber and Mike Stoller, who specialized in r&b that fell somewhere between social satire and social commentary, went straight to the top of the charts, and remains emblematic of the Elvis who will always be remembered from the height of his movie career. But then “Treat Me Nice” remains equally emblematic of Elvis’ coolly swinging, lightly rocking invitation to the party, a genre of which “Don’t Be Cruel” might be considered the prototype.