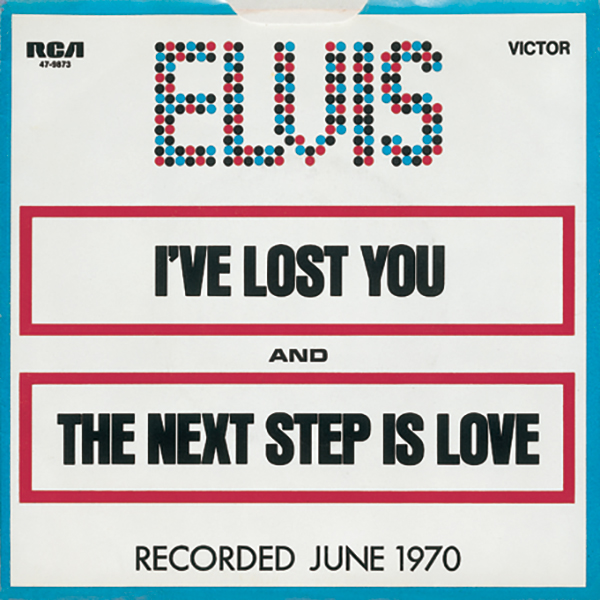 After the communications breakdown between Chips Moman and various parties in his camp, Elvis journeyed to Nashville, not Memphis, in June. There, working with a creative new team of studio musicians (the core of the soulful Muscle Shoals sound before their emigration to Nashville), along with James Burton, the brilliant lead guitarist from his own TCB band, he sought to replicate the musical discipline and loose feel of the American sessions. To a considerable extent he succeeded, though RCA a&r man Felton Jarvis’ cheerleading was no substitute for Chips’ hard-driving and uncompromising demands (at Elvis’ urging, Felton had now quit RCA and was working exclusively for his artist). The degree of Elvis’ commitment in any case was evident from the productivity of the sessions: thirty-four masters in five nights. The first release from the session, “I’ve Lost You,” was by Ken Howard and Alan Blakely, a journeyman British pop team, brought in by long-time song plugger Freddy Bienstock, who by now had a host of English publishing interests of his own. The song served to extend Elvis’ new adult image (husband, lover, father, with a range of concerns that accompanied each of those roles), and while the record was a relative commercial failure (500,000 sales) it continued to solidify Elvis’ place in the contemporary pop world.