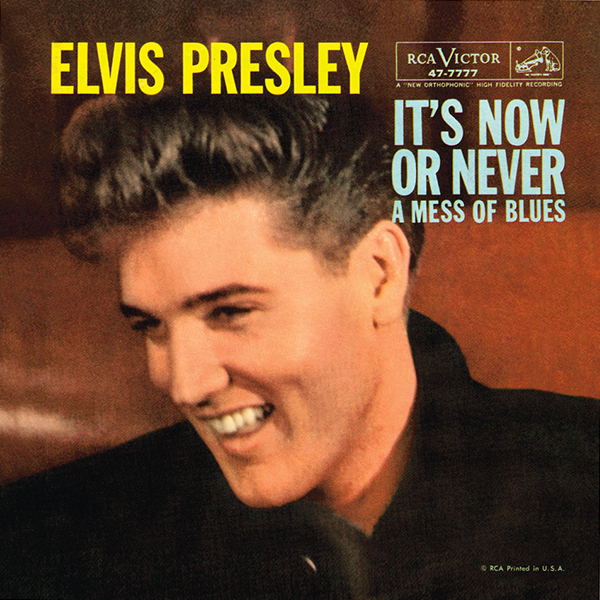 This was the “O Sole Mio” adaptation provided by Hill and Range writers Aaron Schroeder and Wally Gold so that Elvis’ song publisher could claim world rights. As it turned out, international copyright law did not recognize the melody as being in the public domain, so the single was held up while Hill and Range worked out a deal with the song’s European publisher. It was in any case the culmination of all of Elvis’ greatest vocal goals. When at one point he had trouble achieving the full-throated operatic cadence with which the song concludes, the engineer, Bill Porter, suggested they could always splice the ending. “I’m going to do the song all the way through,” Elvis insisted, “or I’m not going to do it at all.” The B-side, a swinging, lilting blues tailored to his specifications, was his first song from the great r&b songwriters Doc Pomus and Mort Shuman. The single not only sold 1.4 million copies in the U.S. but more than a million in England and several million more in other territories, making it his most successful international hit to date.