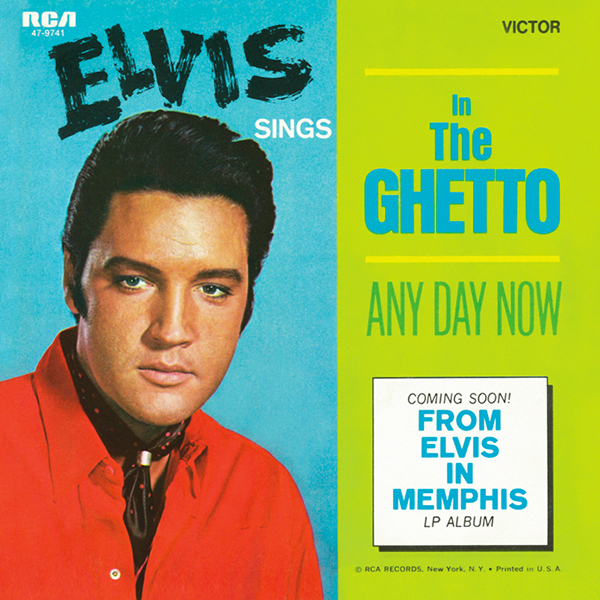 This was the initial single from Elvis’ first Memphis recordings in fourteen years. However it came about (and convenience of location could not be ruled out), going back to Memphis to record was, as much as anything else, a conscious creative decision, and both sides of the single reflected the high aspirations that Elvis brought to the sessions. With Mac Davis’ “In The Ghetto,” Elvis once again chose a song whose social commentary, however broad, remained controversial even within his own circle, and he brought to it a vocal sensitivity that spoke volumes. His remake of Chuck Jackson’s classic soul hit, “Any Day Now,” was no less effective – and no less adult in its sensibilities. With this single Elvis regained his place in the contemporary firmament, not only selling over a million copies but very nearly making the Number One position on the charts.