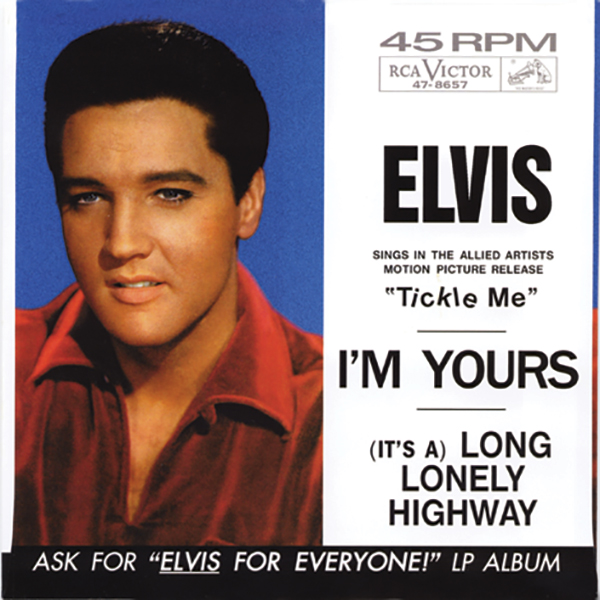 The second single from Tickle Me once again offered an A-side from Pot Luck, together with an alternate take of the evocative Pomus-Shuman composition, which had already appeared as a bonus on the Kissin’ Cousins soundtrack album. It duplicated exactly the achievement of the first single from the movie, reaching Number Eleven on the charts and selling half a million copies.