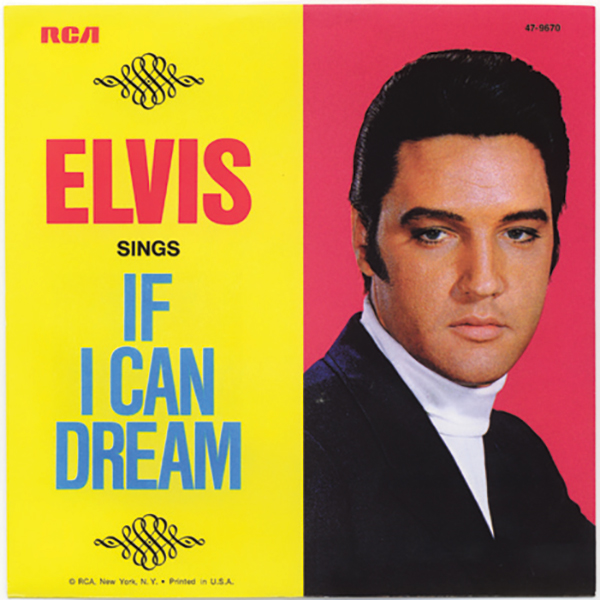 This was the song that concluded the television special, perhaps as apocalyptic a single recording as Elvis would ever attempt, not so much for its words (which represent a somewhat generalized message of peace and understanding) as for the raw, unmodulated emotion that he puts into them. The song was written at the last minute to provide a finale that would allow Elvis to articulate his anguish over the assassinations of Bobby Kennedy and Martin Luther King, Jr., and in essence that is just what its idealistic lyrics do (“There must be peace and understanding sometime”). But it is what comes over Elvis in the studio, the pain and conviction in his voice as he sings of “a better land where all my brothers walk hand in hand,” then practically screams out the last line, “Please let my dream come true – right…now!” that puts the song quite literally over the top. The single not only whetted the public’s appetite for the special, it changed both the climate and perception surrounding Elvis, charting higher than anything Elvis had had out in three years.