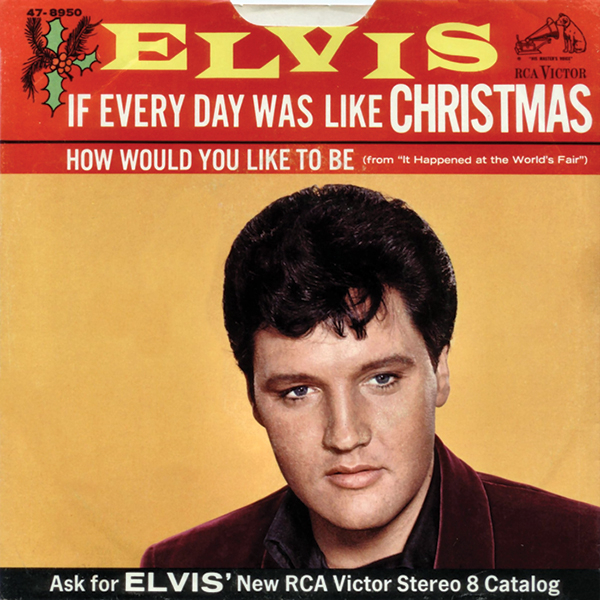 Another Christmas single, for which the A-side was written by Elvis’ friend Red West and recorded, along with “I’ll Remember You,” in Nashville in June. Despite a sensitive performance and an exemplary sentiment, the record – with a B-side from It Happened At The World’s Fair – sold poorly, but, like the original Christmas album, “If Every Day Was Like Christmas” was destined to become a holiday standard over the years.