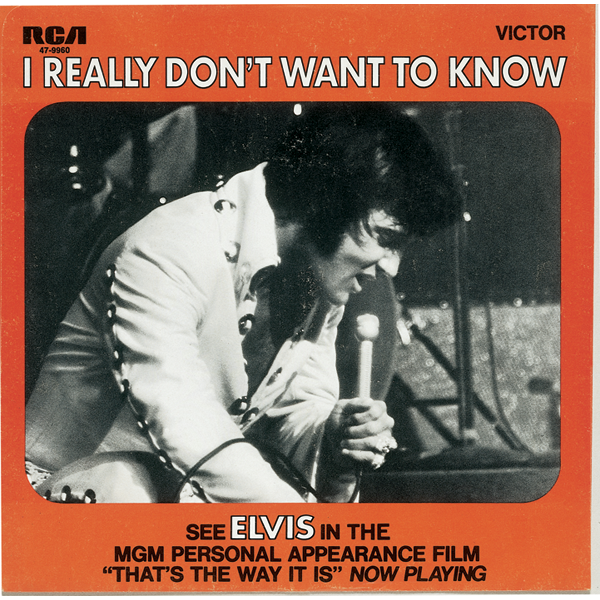 Just weeks after the launch of the soundtrack album, RCA rush-released a single from yet another upcoming LP, a country album that drew ten of its twelve tracks from the Nashville sessions in June and added another two from a September follow-up session. “I Really Don’t Want To Know” was the classic Eddy Arnold number (another Don Robertson composition), given a slightly over-the-top but deliberately soulful edge in Elvis’ version. It sold 700,000 copies, concluding a year in which Elvis Presley releases totaled five singles, three budget albums, two new albums, two re-release LPs, and a box set. Elvis was certainly back, and he was, evidently, for everyone – but where was the Colonel’s long-ago articulated sense of restraint?