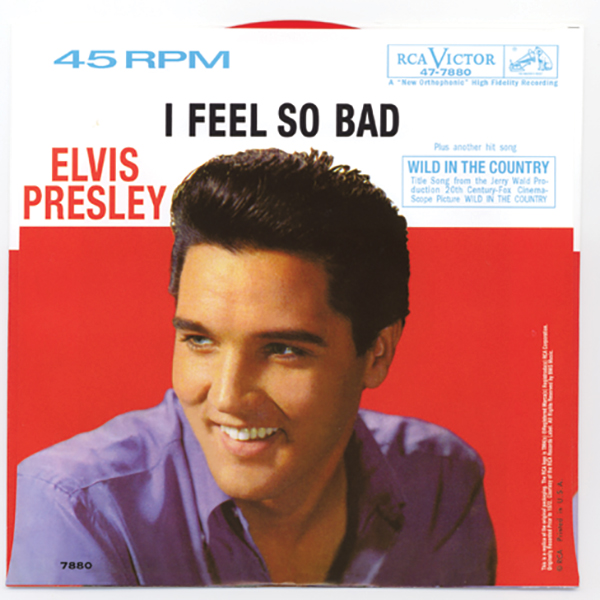 The original idea had been to pair the title track from Wild In The Country, scheduled to be released in June, with another song from the picture, “I Slipped, I Stumbled, I Fell.” This was the Colonel’s firm intention, but he was overruled by RCA executive Bill Bullock, who insisted that a track from Elvis’ March 1961 album session in Nashville (see next page) be substituted. Elvis chose “I Feel So Bad,” a blues rhumba he had loved in its original version, a Top 10 r&b success for Chuck Willis in 1954. The single sold just 600,000 copies, giving Colonel Parker one more opportunity to point out to various interested parties, perhaps with a certain degree of disingenuousness: “I don’t pick the tunes. Elvis does.”