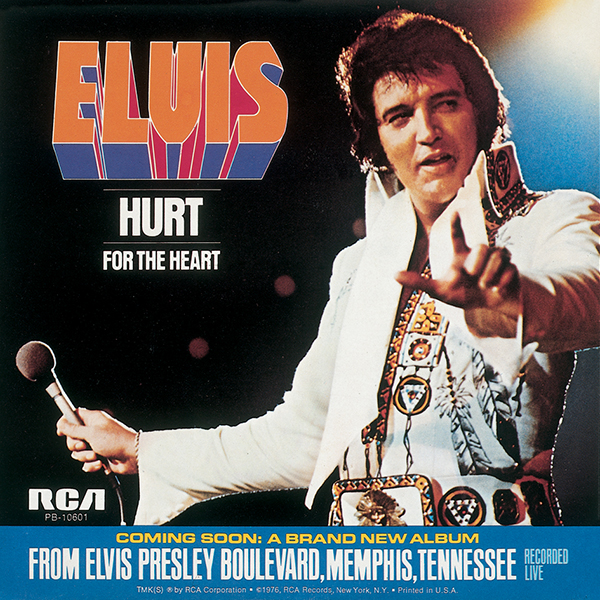 It had been almost a year since Elvis had recorded anything new, and his enthusiasm for making records, let alone his ability to enter a recording studio, seemed very much in question. In an attempt to address the situation, RCA moved into Graceland, turning the den (known as the Jungle Room for its Polynesian-style décor) into a makeshift recording studio with the RCA remote sound truck and engineers outside. The result was not all that different from what it might have been had they succeeded in luring him to Nashville or Hollywood. Elvis disappeared just before the session was scheduled to begin, flying to Denver for a funeral and a hamburger, and he continued to vanish upstairs at numerous points during the sessions. The sound was seriously compromised, it was difficult to fit fifteen singers and musicians into such cramped quarters, but they did manage to get twelve masters in a week. The two absolute highlights of the sessions – performances that could have taken their place with recordings at any stage of his career – were the songs chosen for the initial single. Elvis’ cover of one of his great early models, r&b singer Roy Hamilton’s “Hurt,” offered the kind of vocal challenge he was never able to resist. It immediately entered his on-stage repertoire, and he was often so caught up in its performance that he sang the operatic ending twice. “For The Heart” was a new composition by talented “Burning Love” writer Dennis Linde and actually communicated a sense of joy generally absent at this point from Elvis’ art (and life). The record sold 300,000 copies, charted in the Top 30, and with its B-side provided the take-off some years later for the success of the mother-daughter duo, the Judds.