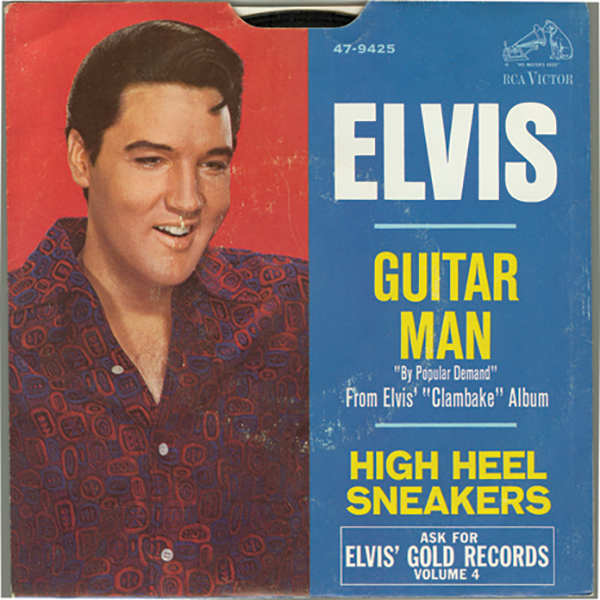 “Guitar Man” was not only the high point of the September session, it was also in its own way different from anything Elvis had ever done. The difference was one of tone and approach, with both qualities influenced by the wit of Jerry Reed’s lyrics and the dextrousness of his picking. From a commercial point of view, the song had already been thrown away as a bonus track on the Clambake album, but for Elvis’ more discerning fans it marked a brilliant moment of illumination after a long dark period – and was nearly matched by the B-side, a playfully menacing version of Tommy Tucker’s low-fashion blues. On a purely business note: “Guitar Man” almost didn’t get released at all. Jerry Reed stormed out of the session when, after playing on just “Guitar Man” and “Big Boss Man,” he was asked to give up the publishing on his song. “You don’t need the money, and Elvis don’t need the money,” he declared to Freddy Bienstock, “and I’m making more money than I can spend right now – so why don’t we just forget we ever recorded this damn song?” In the end he agreed to give Freddy a cut-in solely on Elvis’ version of the song, but the dispute exemplified the problem that Colonel Parker and Hill and Range increasingly faced in trying to enforce their onerous terms of employment.