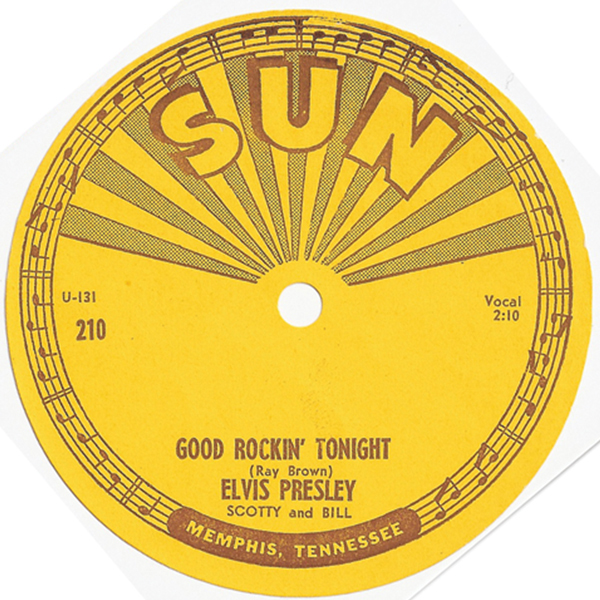 Sam Phillips was so committed to gaining recognition for his new artist that he devoted himself almost exclusively to promoting both Elvis and his debut single, putting out no new records on the Sun label until Elvis’ second release. Once again it was a struggle to settle on a song, though there was no question of the direction in which they were going. They finally hit on the aptly named “Good Rockin’ Tonight,” blues shouter Wynonie Harris’ huge 1948 r&b hit, to which Elvis applied at least as much, if not more, exuberance and drive. With a B-side based on pop crooner Dean Martin’s original but taken in an uptempo “rockabilly” direction, it didn’t get anywhere near the same immediate public reaction or sales, but it definitely maintained the momentum of a revolution that was not about to be turned back.