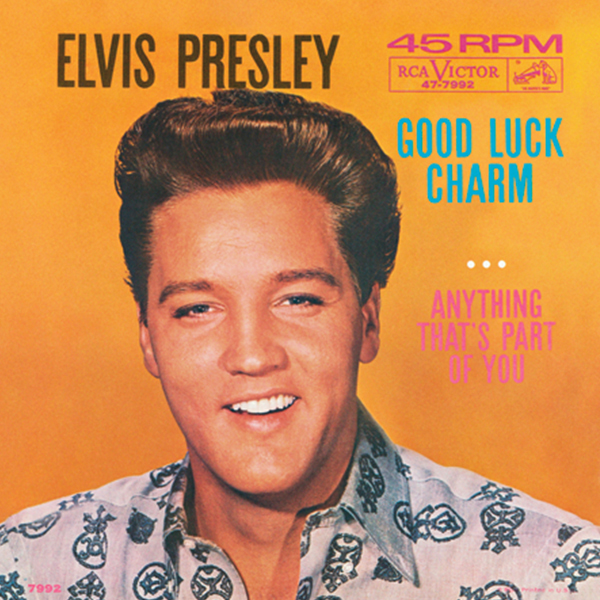 Both sides were recorded at another all-night Nashville singles session in October. The A-side, clearly a hit, was the last that Elvis would get from the pen of Aaron Schroeder. Schroeder had contributed a long string of exceptional (and exceptionally well-suited) numbers from the start, including “Any Way You Want Me,” “Got A Lot O’ Livin’ To Do!,” “I Got Stung,” and “It’s Now Or Never.” Most likely he departed for the same reason as many others, including Leiber and Stoller: a growing resistance to the idea that he had to give up a portion of his writer’s royalties in order to get an Elvis Presley cut. The B-side, “Anything That’s Part Of You,” was typical of the dreamily introspective compositions of Don Robertson, songs that seemed to strike a chord with Elvis every time and bring out the same moody, brooding, sensitive persona that he had originally sought to establish in his movies but that, clearly, he would no longer have the opportunity to express on screen.