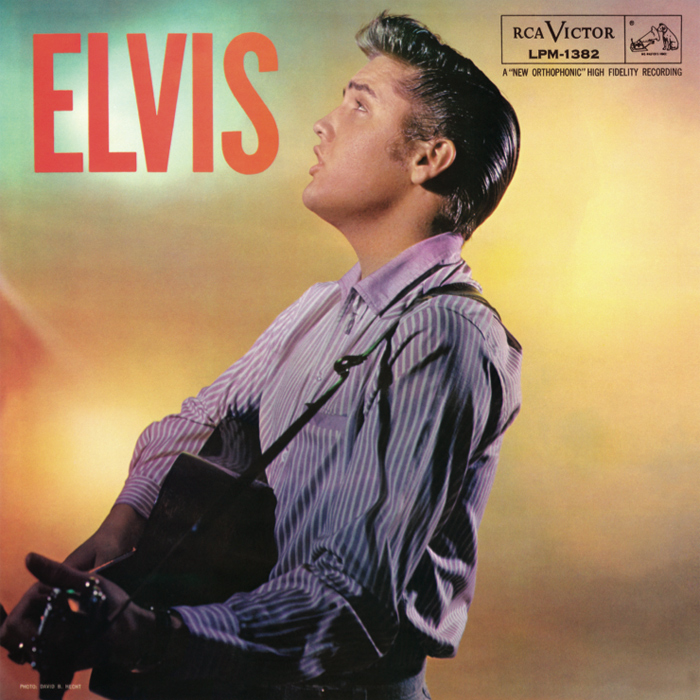 Steve Sholes had been pushing for this second album ever since recording the first in New York in January and early February. He had even kept back “Lawdy, Miss Clawdy” and “Shake, Rattle And Roll” from those sessions specifically for that purpose – though he had been induced to put them on the EP issued in June because of the lack of any other suitable sides to release. The tug of war between Sholes and Colonel Parker had persisted, with the Colonel always using scarcity as a bargaining chip, but there was a tug of war as well between Sholes and Elvis, with Sholes pushing for productivity in terms of numbers, Elvis striving for the kind of emotional perfectionism that required thirty-one takes of “Hound Dog” when Sholes would have been perfectly satisfied earlier in the day. In addition, Elvis rejected virtually all of the material that Sholes brought to the sessions, however suitable it might seem for commercial purposes, on the grounds that he simply didn’t feel it. The result was an impasse that was not going to be resolved until Sholes conceded the upper hand to Elvis and the Colonel (which was not long in coming) – but for the time being the RCA executive had to be satisfied with Colonel Parker’s grudging allowance of the three-day Labor Day weekend (in the midst of Elvis’ numerous film commitments) for the recording of both an album and single. Just as with the first album, there had been no agreement on original material when they all met at Radio Recorders in Hollywood. And once again the result was an almost random chronicle of some of Elvis’ personal favorites, both recent (three Little Richard hits) and enduring (“Old Shep,” the Red Foley ballad about a boy and his dog, with which Elvis had won fifth place at the Mississippi-Alabama Fair at the age of ten). With originals like “Too Much,” “Anyplace Is Paradise,” and Otis Blackwell’s “Paralyzed,” the result was something of an inspired mix (Steve Sholes might have seen it more as an uninspired mess), which went to Number One on the charts and became Elvis’ best selling album of the ’50s, with total sales of more than half a million copies. For his part Elvis was so sold on working at Radio Recorders, and in particular with studio engineer Thorne Nogar, that he scheduled nearly all his West Coast sessions there over the next decade, even after RCA had built its own studio in Los Angeles.