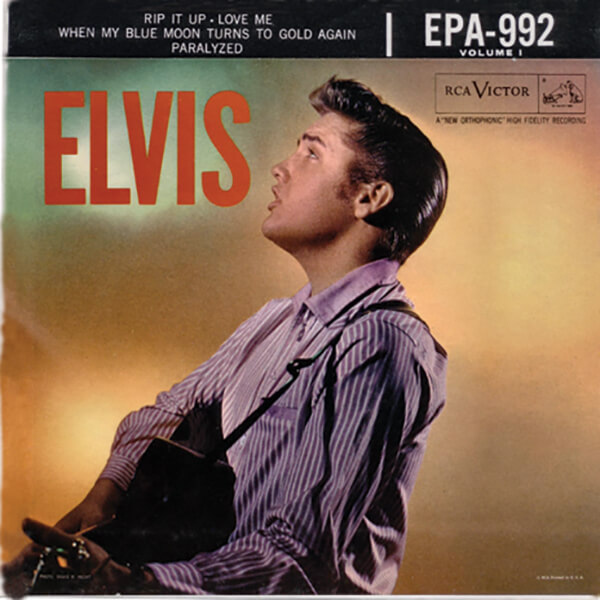 The second album followed the same release pattern as the first, with four tracks released simultaneously on this identical-looking EP. It sold a million copies, with “Love Me,” a Leiber-Stoller number that Elvis had picked up from his friend Jimmie Rodgers Snow’s version, getting as high as Number Six on the singles chart.