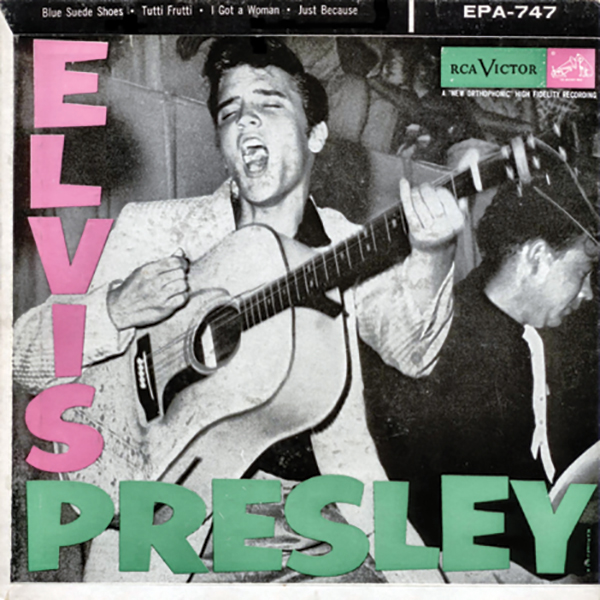 On the same day that the album came out, RCA released a four-track extended-play (EP) 45 – a single, in other words, with more tracks and a slightly higher price, but still substantially less than the cost of an LP. It contained a cover of Carl Perkins’ chart-topping “Blue Suede Shoes” as the radio cut. All four songs were on the LP, the EP featured the same artwork and retained the same title as the album – but with sales of 400,000, it actually outsold its longer-playing sibling.