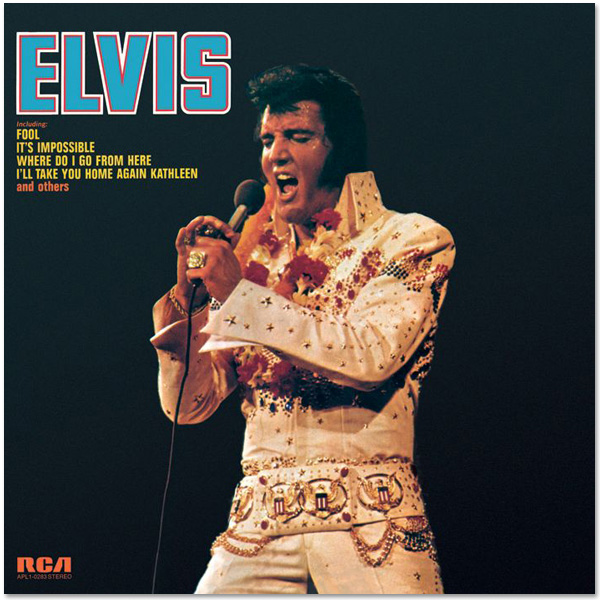 Another in what was by now a very long line of peculiar follow-ups, tied this time to commercial considerations of which the public could scarcely be aware. On March 1, 1973, for a payment of $5.4 million, RCA acquired sole ownership of all past Elvis masters, with artist and manager forfeiting any future say in their release, not to mention all future royalties. It was a staggering amount of money at the time and, in retrospect, a staggeringly short-sighted valuation of Elvis’ catalog on Elvis and the Colonel’s part – but, then, neither was much interested in the financial long-term. This album was the first result of the agreement and precipitated much heated discussion at the label as to how best to exploit their newly acquired property. In the absence of any fresh product (which would have been everyone’s first preference), the decision was made to combine a scattering of unreleased tracks from 1971 and 1972 (including several impromptu performances never intended for release, with Elvis alone at the piano on three songs by r&b singer and longtime friend Ivory Joe Hunter). While the result was occasionally interesting, particularly the unself-conscious and heartfelt delivery of those three Ivory Joe Hunter tunes (which included “I’ll Take You Home Again Kathleen,” not written by Hunter but learned from his version), this couldn’t be said to be a very well thought-out album, and sales of 200,000 reflected the public’s relative indifference to indifferent packaging.