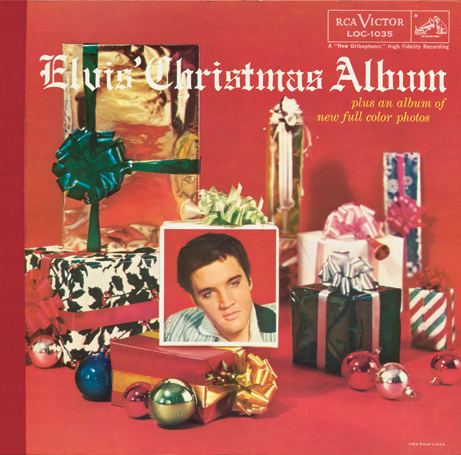 For all of Elvis’ stated reservations about making a Christmas album, and many months of uncertainty on RCA’s part as to whether he could be induced to go into the studio for this purpose at all, Elvis cut eight Christmas tracks in September, which, together with the four tracks from his religious EP, created an alternately commercial and inspirational message in the spirit of the season. Unfortunately, not everyone took it that way. Irving Berlin, composer of the eternal evergreen, “White Christmas,” objected vociferously to Elvis’ interpretation of his song, which was in fact modeled directly on the Drifters’ inspired version. As a result, many stations pulled airplay not just of the song but of the entire album, but the record still sold 200,000 copies, and, taking into account its many latter-day variants and iterations, became probably the steadiest long-term seller of Elvis’ career.