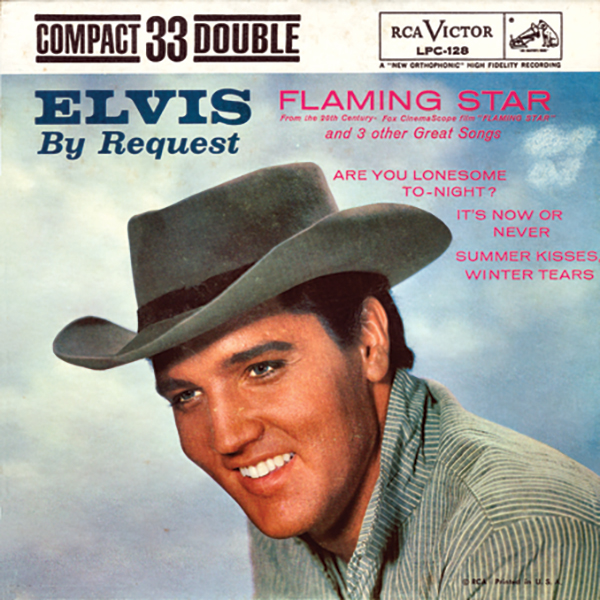 This cobbled-together EP included two songs from his previous motion picture, another straight drama with only four songs in it and no plans for any record release. It was only when a bootleg version of the title track got some radio airplay that the EP was hastily assembled and stamped “By Request.” Neither of the two songs from the movie was actually sung by the “half-breed” character that Elvis played in the film: “Flaming Star” was heard over the titles and, after test screenings, “Summer Kisses, Winter Tears” had been dropped. With the two recent ballad hits thrown in, the EP sold in excess of 100,000 copies.