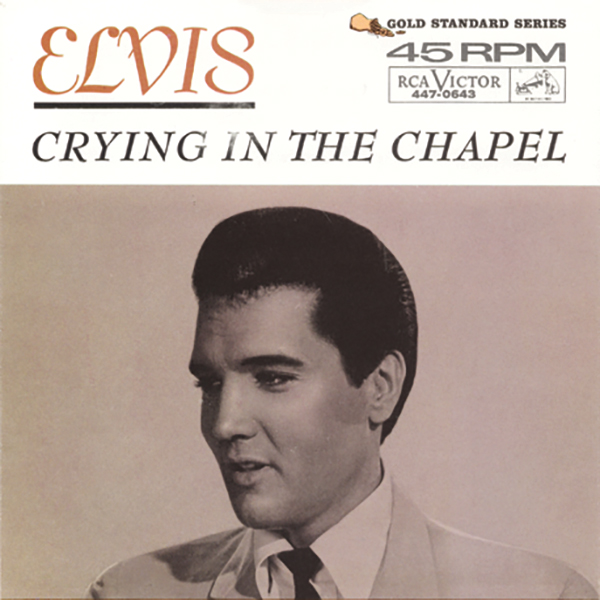 The fundamental reason that “Crying In the Chapel” was left off of 1960’s His Hand In Mine was that Elvis thought he could do better. The principal reason for its release some five years later was, essentially, to serve as a space-filler, a buffer between soundtrack singles that might capitalize on the Easter mood for religious music. This was one instance in which Elvis seriously underestimated his achievement. The single’s success took everybody by surprise, as it rose rapidly to Number Three on the pop charts, sold a million copies, and went all the way to Number One in England.