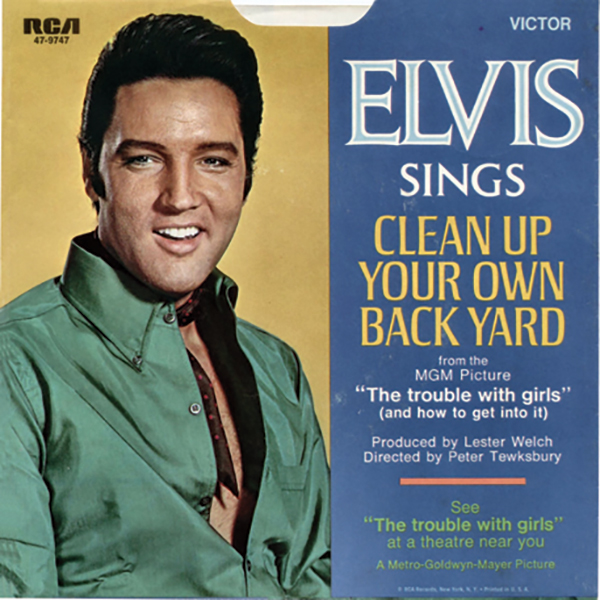 RCA and Colonel Parker’s ability to capitalize on the strides Elvis had made toward a new self-definition proved no more effective now than at any other point in recent years. The huge success of “In The Ghetto” was followed up with yet another soundtrack A-side (a well-written Mac Davis-Billy Strange composition – but still a movie trailer for The Trouble With Girls) backed with a dream-like but uncommercial track from the Memphis sessions. With 400,000 sales, it was not a complete fiasco, but the breakthrough success of the next single clearly indicates the path that might have been taken if artistic growth (and new commercial breakthroughs) had been the primary focus.