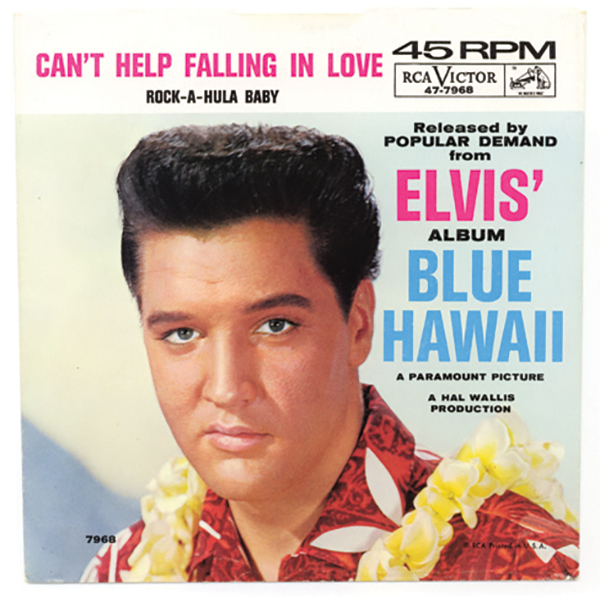 To get Colonel Parker’s permission to take “Can’t Help Falling In Love” off a best-selling album and release it as a single (the Colonel was always opposed in principle to mixing single and album releases), RCA was forced to guarantee payment for a million sales. As it turned out, the outcome was never in doubt – not only was “Can’t Help Falling In Love” a hit right out of the box, it established a new gold standard as both a catalog item and perhaps the most commercial wedding song of all time. Just as a footnote: like “No More,” another song from the movie, “Can’t Help Falling In Love” was taken from a classic European source (in this case “Plaisir d’Amour,” an eighteenth century love song written for the French court), with new English lyrics supplied by Hill and Range.