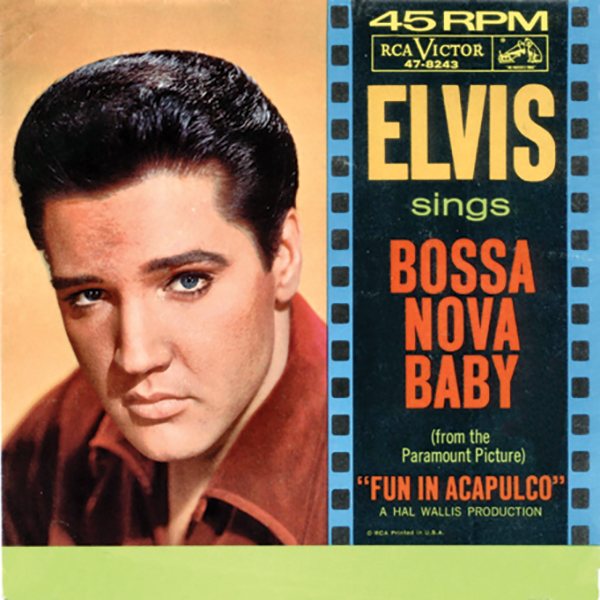 The original intention had been to pair Elvis’ dynamic new version of Chuck Berry’s “Memphis, Tennessee” with his adaptation of “Witchcraft,” a more obscure 1955 New Orleans r&b number by the Spiders. That plan was abandoned when Elvis decided he wanted to re-record “Memphis.” Film producer Hal Wallis then persuaded the Colonel to use a number from the upcoming Fun In Acapulco soundtrack as the A-side. The song, “Bossa Nova Baby,” drawn from the Leiber-Stoller catalog, was well adapted to Elvis’ brand of breezy charm, and the single maintained the same sales level as its predecessor – but it was beginning to be clear from these two raids on the May album session that a cohesive new studio album release was in jeopardy.