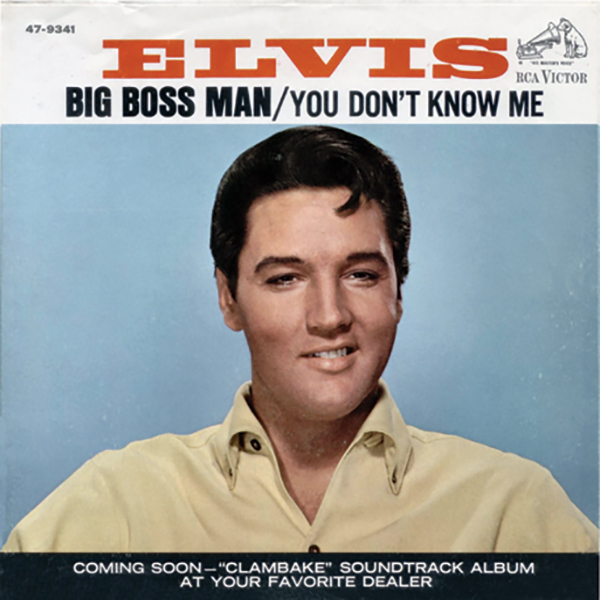 This was the product of a wonderfully engaging Nashville session just two weeks earlier, intended to produce both singles material and filler tracks for the upcoming Clambake soundtrack album. “Big Boss Man,” one of bluesman Jimmy Reed’s signature numbers, benefited from the presence of highly idiosyncratic country singer-songwriter Jerry Reed (no relation), whose “Guitar Man” was the whole point of the session. To get the jumpy, nervously propelled acoustic sound that Reed had created on his original, Elvis got him to come into the studio, and it is Reed who is playing the propulsive lead on “Big Boss Man” as well. Chip Young adds to the percussive drive by drumming on the body of his acoustic guitar, while the whole group chimes in to wonderful ensemble effect, clearly tickled by Elvis’ genuine engagement and enthusiasm. In an altogether different vein, “You Don’t Know Me” offers a tender recap of the Eddy Arnold classic, serving up much the same brand of vulnerability that Elvis had always displayed and showcased, in his ballad recordings of the early ’60s in particular.